We’re doing something a little different this week with our blog by spotlighting one of our communities in Ross County. This week’s spotlight is on Bainbridge.

Bainbridge is a village located in Ross County, Ohio.  The population in Bainbridge is only around 860 citizens.

Bainbridge was home to the very first dental school in the United States. The school was 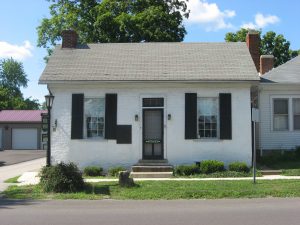 started by Dr. John Harris who was a medical doctor from Cincinnati.  Dr. Harris Settled in Bainbridge in the mid 1820s and began teaching students. The school was very short lived and is now a museum known for being “the cradle of dentistry”. You can find out more about the Bainbridge Dental Museum by visiting their website.

Bainbridge is also home to the Paxton Theatre. The Paxton Theatre has been around for about 85 years and has a very interesting story. The theatre was built to be The Paxton Township Hall after a fire had occurred leaving the corner empty. In 1914 the building started being rented out the building except for the front four rooms for entertainment for motion pictures 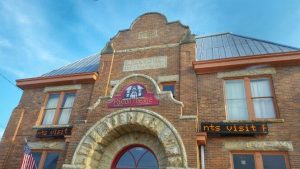 , magic shows, and other performances. The front four rooms at that time housed a library.  The showing of movies discontinued in the early 1950s.  In 1968 a man named James Krug purchased the building from the trustees and started to use it for entertainment again. He sold it to Ralph Cooper in 1992 where he presented The Paint Valley Jamboree, a country western music show, each Saturday night. In 2014, Tim and Deb Koehl purchased The Paxton Theatre with plans to keep the site alive for many years to come. The Paxton Theatre now has many performances at the theatre. This weekend they will have a band performance, Curious Animals.

You can find out more of the great things in Bainbridge on our website under the “what to do”, “where to eat”, “where to shop” and “where to stay” tabs.