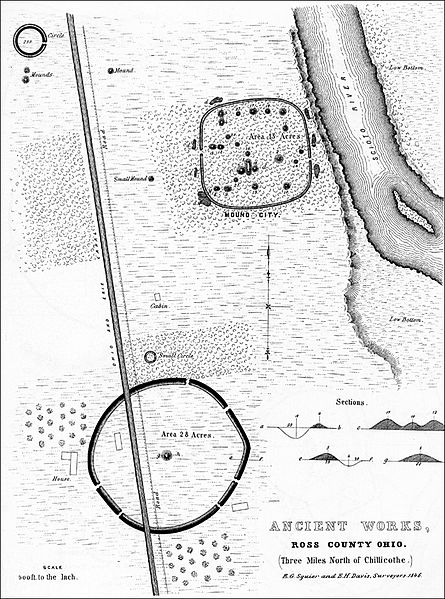 Squier & Davis and the Ancient Monuments of Ross County
Featuring Jeffery Wilson, President of the Friends of Serpent Mound, Peebles, Ohio.
Wednesday, October 19, 7:30 p.m.
175 years ago, two citizens of Chillicothe, Ephraim G. Squier and Edwin H. Davis, co-authored the very first publication by the Smithsonian: Ancient Monuments of the Mississippi Valley, which has become a landmark book in the archaeological community and the history of archaeology in the United States. The archaeological community has taught that the book is a primary source document and has referred to the all-important maps that it contains as having some of the only sources of infor-mation about many prehistoric mound sites, as so many of those sites have been destroyed through development. Archival research by Jeffrey Wilson has revealed that this is not the case and will be presenting many previously unpublished illustra-tions that were the original primary source documents that were used by Squier & Davis for their book. This lecture, will focus specifically on the sites around the Chil-licothe area that were featured in Ancient Monuments