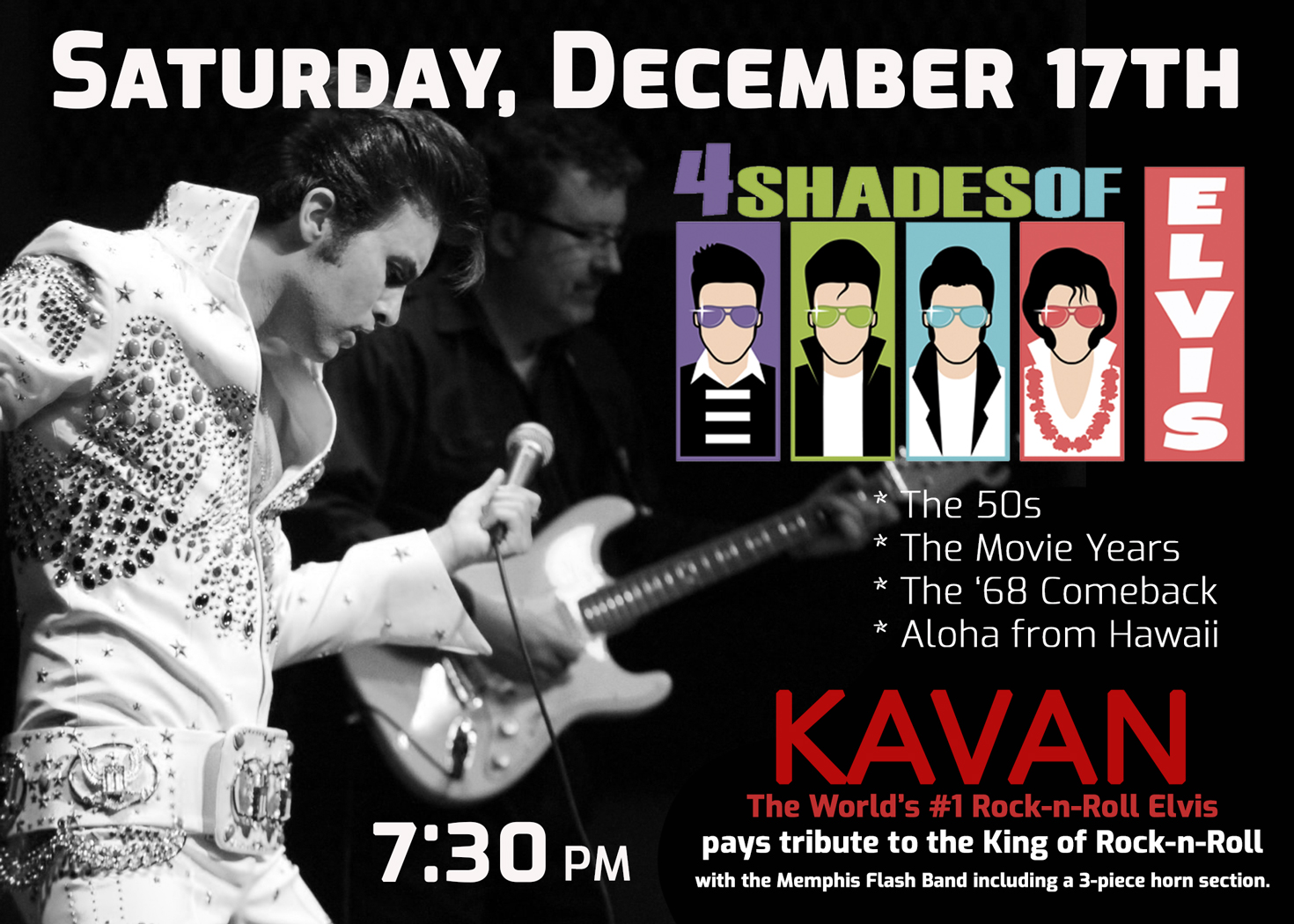 KAVAN, The World’s #1 Rock-n-Roll Elvis, presents “4 Shades of Elvis”. The show will cover Elvis’ hit songs from the 50’s, the Movie Years, the ’68 Comeback Special and close with “Aloha from Hawaii”. Backing KAVAN will be the Memphis Flash Band, a 3-piece horn section and special guest vocalist Sara Reat.

KAVAN has been a fan of Elvis Presley his entire life. He was introduced to Elvis’ music through his grandmother, whom was a life-long Elvis fan. KAVAN began performing his tribute to Elvis at the young age of three, wearing homemade Elvis style outfits.

As he got older, KAVAN began competing in Elvis tribute competitions and now has won first place in several of them. He has performed all over the United States, Canada and he even traveled to London, England where he appeared on the BBC’s “The World Greatest Elvis” television competition. On that show KAVAN won the title of “The World’s #1 Rock N Roll Elvis.”

KAVAN has performed as Elvis for several official Elvis Presley Enterprises events, including The Elvis Cruise and the opening of the “Elvis in the News” exhibit at the Newseum in Washington, D.C. He has also appeared in the world-famous Legends in Concert live production show in Branson, Missouri and Myrtle Beach, South Carolina.

KAVAN continues to perform his tribute all over the world. KAVAN is, first and foremost, an Elvis fan and his tribute to Elvis is delivered straight from the heart.